What is DDoS Attack?

Distributed Denial of Service (DDoS) is a type of attack that involves using multiple compromised networks to target a single website. Hackers execute DDoS attacks by hijacking unprotected computers and installing malware. By using thousands of these "bots" or "zombie computers," hackers target a single web-based application or website, flooding it with a huge volume of traffic and causing the target to become unavailable to legitimate users.

Recently, DDoS protection has become increasingly difficult as DDoS attacks have now become sophisticated. DDoS attackers have moved their focus from the network and transport layers to the application layer, where DDoS protection is difficult to maintain. Exponential growth is seen in the size of attacks, and most enterprises lack the capital resources to scale their security programs to provide suitable DDoS protection.

cWatch is a Managed Security Service for web applications and websites – which means they handle all the security measures on your behalf. As the most affordable on our list, it is available with a Web Application Firewall (WAF) provisioned over a Secure Content Delivery Network (CDN). If your website is affected by a DDoS attack, Comodo will know it even before you do.

When a DDoS attack is detected by Verisign, support personnel instantly notify customers about it and recommend an ideal mitigation strategy. Besides the monitoring feature, Verisign also offers on-demand mitigation. It comprises Open Hybrid API that allows organizations to use their existing security systems to send threat information to Verisign’s cloud-based service for possible mitigation.

This website security company offers its clients a choice of automatic "always on" DDoS mitigation vs. "on demand." Both offerings are a paid service, prices vary, and the "always on" solution, the company’s technology claims to handle "hit and run" DDoS attacks. These attacks comprise short bursts of traffic at interval levels over a long period. With automatic detection and activation, SiteLock takes complete responsibility for both detection and mitigation of the attack.

The cloud-based DDoS protection system offered by this company can deal with layer-seven attacks as well as layer-four and layer-three attacks. Instead of employing dedicated anti-DDoS hardware, all machines in its global network take part in DDoS mitigation. It has more than 15 Tbps of capacity.

This company provides integrated application and network security. The Attack Mitigation Solution from this company is a hybrid DDoS protection solution that is available with ‘always-on’ detection and mitigation with cloud-based volumetric DDoS attack prevention, scrubbing, and 24x7 cyberattack and DDoS security.

Besides protecting websites, DOSarrest also focuses on HTTP/HTTPs. Protection is also provided for APIs and mobile application servers on TCP ports 443 and 80. It offers cloud-based security that comprises DDoS protection, a web application firewall, a CDN for improved performance, website monitoring and support. 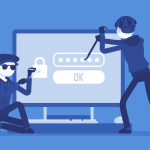 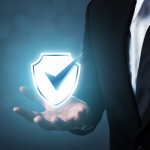 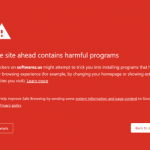 © Comodo Security Solutions, Inc. All rights reserved. All trademarks displayed on this web site are the exclusive property of the respective holders.