Web application development is a long process as it involves creating a user-friendly app from scratch and one that is capable of simultaneously maintaining high performance and web security. For all developers, web application security is one area that functions partially beyond the creator's control as it is just not possible to even guess who is on the other end of the HTTP connection.

Hence, one will have to combat with too many web security concerns in order to establish a secure and safe app. Some of these concerns include data safety and the possibility of fake data entering the database.  Given below are 10 of the most common web security vulnerabilities users can avoid.

All input provided by your users will have to be taken with all defensiveness. Failing to validate what you receive could result in you paying a high price for possible cross-site scripting, SQL injection,  command injection or another similar security threat.

2. Focusing on the System as a Whole

This is evident when considering large custom projects in which a team of developers divides the work in order to secure varied areas of the app. Things are in fact not very clear with the project as a whole even though individual security of those parts could be leading the class. This is indeed a popular way to cause several handoffs which results in your data becoming extremely vulnerable to attackers. You will thus have to ensure that your app continues to be secure even when all its components are brought together.

Developers mostly assume that they will do better by using a homegrown algorithm or method. This is because they believe that if it is more authentic it could be increasingly safer as it will be unfamiliar to hackers. However, in reality, authentication is not just more of an expensive process, but it also increases the chances of creating security holes that can be discovered very easily. Well-tested libraries are thus considered to be the best way for this whole process.

4. Treating Security to be Your Last Step

Security is not a simple thing that can be included towards the end of a process. It has to be built in as the very foundation of the whole project and should not be ignored as just another feature that can be developed at any time. It is under such scenarios that your application becomes prone to misconfigurations and other such vulnerabilities like SQL injections.

Web security can be further enhanced by using a safe way to store passwords. Plain text password storage is considered to be the most common and dangerous mistake and should be avoided. Only passwords and important data should be stored in the database.

If you are a developer concerned about the safety of the app, then you will have to create clear rules for passwords.

7. Storing Unencrypted Data in the Database

The unencrypted storage of all significant details is one of the common mistakes linked to data storage. This leads to putting user data at a great risk whenever your database is compromised. When your database is attacked, encryption is considered to be the only way that will help prevent a huge loss of information. All developers should keep in mind that hackers are capable of attacking everything that is stored online.

8. Depending Excessively on the Client Side

Depending to a great extent on the client side code results in a developer losing its influence over the critical functions of the app, thus taking away a huge portion of the control over security.

Placing variables in the URL is a very grave mistake that anyone can make since it usually provides an allowance to freely download any file containing important data that your app keeps.

These common web security vulnerabilities establish the fact that security should be the prime concern for all developers whether they are working on a startup or in the process of developing a huge business-related project.

What is https and why switching to https 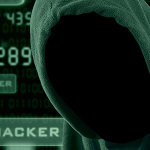 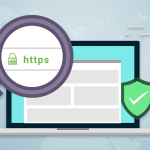 HTTP Vs HTTPS: What is HTTPS and What does HTTPS mean? 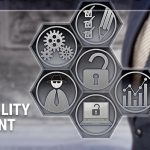