What is Cross-Site Scripting (XSS)?

Cross-site scripting (XSS) is a client-side code attack carried out by injecting malicious scripts into a legitimate website or web application. The injected malicious scripts are commonly referred to as a malicious payload. Currently, XSS is the most widespread type of web application vulnerability. It occurs when a particular web application uses unencoded or unvalidated user input in the output it generates. XSS lets an attacker target a victim indirectly. In other words, the attacker exploits a vulnerability within a website or web application that the victim would visit, using it as a vehicle to deliver the malicious script to the victim's browser. XSS can take advantage of legacy and/or obsolete VBScript, ActiveX, and Flash scripts and often JavaScript because it is the foundation of most browsing experiences.

An XSS attack is one of the most dangerous attacks for web applications because it can have significant consequences. The attacker injects the payload into a vulnerable web page. When the victim visits the page—often as a result of social engineering techniques used by the attacker—the malicious JavaScript code runs in the user's browser. Below is the server-side pseudo-code normally used to showcase the most recent comment on a web page.

As shown above, the script is a print out of the latest comment from a comments database. If the page is vulnerable, an attacker could submit a comment that contains a malicious payload such as XSS:

The web page visitor will then get served the following HTML on the page.

As soon as the page loads in the victim's browser, the malicious script will execute. In most cases, the victim is unaware of, and therefore unable to prevent, the attack.

Below is a comprehensive list of XSS attack vectors used by attackers to compromise the security of a website or web application. script tag The script tag can use external JavaScript code or embed the code within the script tag and is considered the most straightforward XSS payload.

body tag The XSS payload can be placed inside the body tag by using the onload attribute. img tag Some browsers will execute JavaScript that is found in the img tag.

iframe tag The iframe tag supports the embedding of another HTML page into the parent page. iFrames provide an effective way to pull off phishing attacks.

link tag The link tag can be infected with scripts because it is often used to link to external style sheets.

table tag The framework trait of the table and cell (td) tags can be used to connect to a script instead of an image.

div tag The div tag can also embed a script.

object tag An external site can use the object tag to include a script.

The impact of XSS vulnerabilities vary and can include CSRF attacks, session hijacking, tokens and more. By employing an XSS vulnerability, an attacker can trick the user and take control of their account. When the victim has administrative rights, depending on the application and privileges of that account, an attack may even lead to code execution on the server. To steer clear from cross-site scripting vulnerabilities, it is essential to implement context-dependent output encoding. In a few cases, it is sufficient to encode the HTML special characters like the opening and closing tags. In other cases, URL encoding is necessary. Today, web browsers come with a built-in XSS filter, but they cannot track all kinds of cross-site scripting attacks. A browser's XSS filter should be considered just one line of defense to minimize the impact of existing vulnerabilities. Web developers should avoid using blacklists as there are ways to bypass them. They should also avoid the removal of risky functions and characters because the browsers' XSS filters can't recognize the dangerous payloads when the output is tampered with, allowing for possible bypass. Check Website Safety 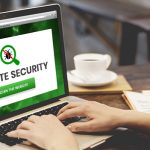 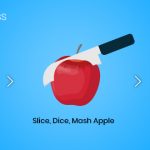 What is Hashing and How Does Hash Algorithm Works? 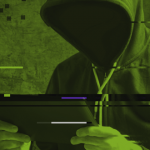