What Does DDoS Mean?

Unlike other types of cyberattacks, DDoS attacks do not attempt to breach your security perimeter. Instead, they aim to make your servers and website unavailable to legitimate users. DDoS attacks can also be used as a smokescreen for other kinds of malicious activities and to take down security appliances to breach the target's security perimeter. Successful DDoS attacks are highly noticeable events that impact an entire online user base. This makes it a popular weapon of choice for cyber vandals, extortionists, hacktivists, and others wanting to make a point. 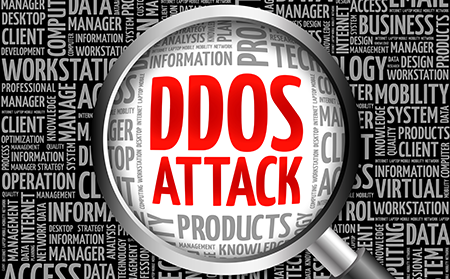 DDoS attacks can last for weeks, days, and even months, making them highly destructive. In the worst cases, DDoS attacks can lead to loss of revenue, weaken consumer trust, cause long-term reputation damage, and force businesses to spend huge amounts in compensation.

Comodo cWatch Will Help Protect You Against DDoS Attacks

Comodo cWatch incorporates a Web Application Firewall (WAF) provisioned over a Secure Content Delivery Network (CDN). It is a fully capable website security tool that comes with a Cyber Security Operation Center (CSOC) staffed with certified security analysts and powered by a Security Information and Event Management (SIEM) capable of leveraging data from more than 85 million endpoints in order detect and mitigate threats even before they occur.

As a DDoS prevention tool, cWatch offers you the following key features that deliver total security.