HOW DOES A DDOS ATTACK WORK

What is a (Distributed Denial of Service) Attack and How does it work?

A Distributed Denial of Service or DDoS attack is a very common type of cyber attack, and around 50 million DDoS attacks take place every year. Victims of the attack cannot access network resources and systems.

How does a DDoS Attack Work?

A DDoS attack tests the limit of a website or network by overflowing fake traffic to it. Sometimes attackers use short, repetitive requests on the site using an army of devices called a botnet. A botnet consists of malfunctioned devices, computers, or websites.

The botnet regularly attacks the target network and hinders its resources. This prevents users from accessing your website or slows down the site considerably. You may suffer substantial financial losses because of the decrease in performance and other resulting issues. 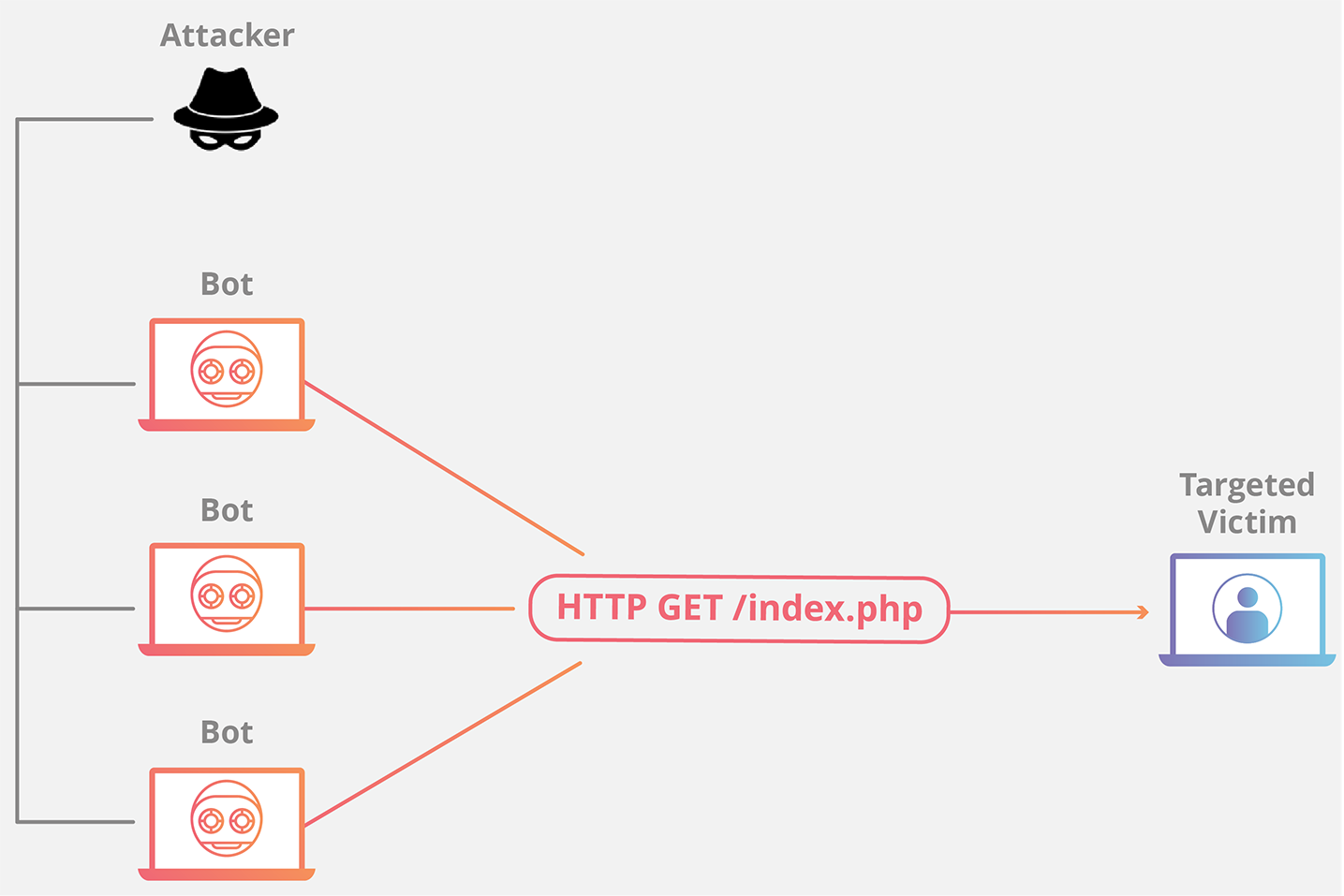 What happens in a DDoS attack?

A study of recent DDoS attacks shows that the attacked website gets slow and takes a lot of time to load due to the depletion of resources. Due to overload on the memory, CPU, or network, it is possible that the entire server may crash down.

Hackers make use of vulnerable internet of things (IoT) devices like smart TVs, security cameras, home lights, etc. to create a botnet. This botnet consisting of hacked devices then makes an overload of requests on a network which causes a DDoS attack and you should know about how does a DDoS attack works.

Most of the DDoS attacks are made using a combination of IoT devices. As they can connect to servers and exchange data, it becomes easy to launch a DDoS attack using them. There are many different types of DDoS attacks.

This type of attack depends on the volume of traffic. It further includes:

Protocol based attacks take advantage of any weakness in Layers 3 and 4 protocol stacks and are measured in packets per second. This type includes:

Application layer attacks are the most famous DDoS attacks type and can also affect bandwidth and networks. These include:

How to Protect Your Device from DDoS Attacks – (Prevention, Detection, and Mitigation)

Although it is difficult to detect a DDoS attack, it is not impossible to protect your website or devices from it. Follow these steps to ensure DDoS attack prevention

As you can see, cyber thugs are increasingly making use of DDoS attacks to overload networks that can have a serious impact. The above guide features all the necessary information and tells A how does a DDoS attack work.

It is vital to be informed about these attacks and ensure proper security measures are in place to protect your website or devices from a lethal DDoS attack.

How to Prevent a DoS Attack