Network hacking and security are evolving, and so are DDoS Tools that cybercriminals use to attack your website. In the past DDoS attack tools targeted particular operating systems. Today, however, advanced tools target various platforms making DDoS attacks more dangerous and easy for cybercriminals to execute.

Some modern-day DDoS Tools online like LOIC (Low Orbit Ion Cannon) were first developed to facilitate network stress testing. They were later advanced and used to carry out malicious practices.

Other online DDoS tools were developed by computer hackers whose intention was to focus attention on a particular software deficiency. Releasing DDoS Tools to the public is a strategy that computer hackers use to compel software developers into patching vulnerable software, to avoid massive attacks.

Read on to understand some of the most advanced and dangerous DDoS attack tools. 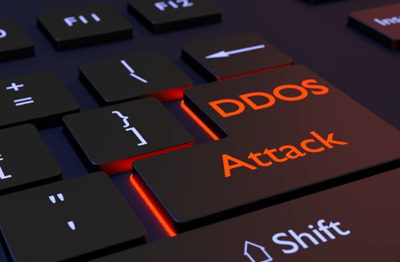 HOIC became popular after it was used to reciprocate the U.S. Department of Justice’s decision to pull down Megaupload.com. HOIC is a clear basic script cross-platform for transmitting HTTP GET and POST requests enclosed in a user-friendly GUI. HOIC’s effectiveness comes from booster add-on scripts, text files that come with extra basic code.

The main application explains the code during a DDoS tool attack to launch. Booster scripts enable users to determine target URL lists and determine data when producing attack traffic. HOIC attacks are anonymous and hard to block. This DDoS attack-free tool is usually used by cybercriminals to launch attacks in different parts of the globe.

LOIC is a clear flooding tool that can trigger massive volumes of HTTP, UDP, or TCP traffic to expose a server to heavy network load. LOIC was originally developed to assist developers to direct heavy traffic towards their servers for testing.

Anonymous, a Hacktivist group would later use LOIC to initiate integrated DDoS attacks. LOIC would later get the Hivemind feature that allows users to direct a copy of LOIC at an IRC server. It then relocates control of the server to the main user who can then transmit commands over IRC to connected LOIC clients concurrently. This setup allowed more effective DDoS tools attacks.

The hping DDoS tool is a primary command-line utility that is comparable to the ping utility. It comes with more functionality than transmitting an ICMP echo request. Hping can send massive TCP traffic volumes to the target while imitating the IP address to make it appear random. Hping can also come from a certain user-defined source. Hping is a popular robust tool that many cybercriminals prefer.

Many of the slow and more complex DDoS attacks depend on easy-to-use tools to execute hard-to-detect service denial strikes. Slowloris generates a DoS condition on a server by adopting a slow HTTP request.

Through transmitting HTTP headers to the intended website in small chunks slowly the server, it compels the server to wait for the headers. When numerous connections are launched to the server in this way, handling legitimate requests becomes difficult.

#Refref relies on vulnerabilities in the SQL software database that facilitates injection attacks. This tool compels a target server into using a unique SQL function that generates SQL expressions repeatedly.

Nonstop generation of a few code lines absorbs the purposed server’s resources and this results in denial of service for the server. Unlike other online DDoS tools, #Refref does not need numerous machines to break a server as a result of its attack vector. If the server’s backend is vulnerable and utilizes SQL, it only needs a few machines to execute a massive outage.

R U Dead Yet is a slow DDoS attack tool that denies service through the use of long-form field HTTP POST compliance instead of HTTP headers. With a single byte, a RUDY attack can force application threads to wait for the end of continuous posts to execute processing. RUdy compels the target server to freeze while waiting for the remaining HTTP POST request. A user can generate numerous concurrent connections to the server, exhausting its connection table to trigger a denial of service state.

The extensive accessibility of DDoS Tools allows anybody with minimal technical knowledge to initiate a massive attack. As a result, it is critical to understand all the recently released DDoS attack-free tools and adopt a DDoS mitigation service. Website owners also need to update the software on network devices and all servers and use DDoS protection services. Doing so helps them prevent fast-evolving DDoS attacks free.