What is IP Address Spoofing?

IP address spoofing refers to a computer hacking technique that sends IP packets using an IP source that has not been assigned to the computer which sends them. This technique is mostly used by hackers to launch man-in-the-middle (MITM) attacks and distributed denial-of-service (DDoS) attacks against targeted devices or the surrounding infrastructures. 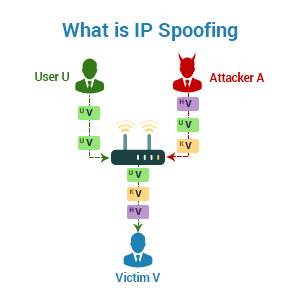 The following attacks can be caused by the IP spoofing:

How to Prevent IP Spoofing?

Organizations can adopt measures to stop spoofed packets from infiltrating their networks, including:

Protecting your IP address is thus an essential feature that will protect your own identity. This security can be enhanced by installing a reliable and good web security tool that is incorporated with an efficient web application firewall (WAF) and several other noteworthy security features capable of preventing DoS and DDoS attacks. cWatch Web is one reliable web security software that has been developed by Comodo. This Managed Security Service for websites and web applications has an excellent WAF capable of eliminating application vulnerabilities and protecting web applications and websites against advanced attacks such DDoS, Cross-Site Scripting and SQL Injection. Available with malware scanning, vulnerability scanning, and automatic virtual patching and hardening engines, the Comodo WAF has the potential to provide robust security that is wholly managed for customers as part of the Comodo cWatch Web solution.

Key Benefits of the Comodo WAF

Following are some of the key security benefits offered by the Comodo WAF:

Other Web Security Features Offered by Comodo cWatch Include: