Why Do Hackers Hack?

Why Do People Hack?

Some hackers focus only on gaining notoriety or defeating computer systems, and some could even have criminal intentions. The knowledge gained by these hackers and the self-esteem boost that originates from successful hacking could become an addiction and a way of life. Some hackers just aim at making your life miserable, whereas others just want to be seen or heard. Some common reasons for hacking include basic bragging rights, curiosity, revenge, boredom, challenge, theft for financial gain, sabotage, vandalism, corporate espionage, blackmail, and extortion. Hackers are known to regularly cite these reasons to explain their behavior.

Very often, hackers steal data to assume your identity and then use it for something else like taking a loan, transferring money, etc. The occurrence of such incidents has increased after mobile banking and Internet banking have started to gain popularity. With the growth of mobile devices and smartphones, the potential for monetary gain via hacking has also increased. 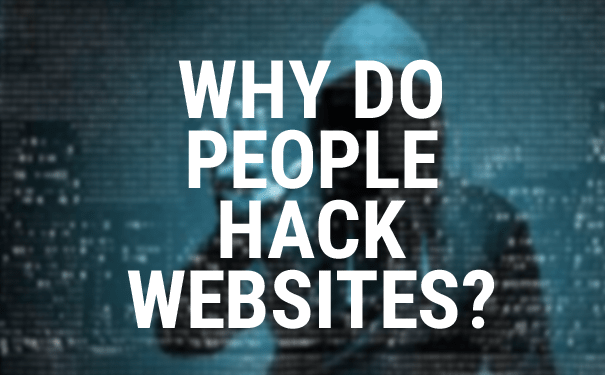 Key Reasons Why do Hackers Hack

Why Comodo cWatch Web is the Best Hacking Prevention Tool

cWatch Web is a web security tool developed by Comodo, a cybersecurity company. This tool protects you from a wide range of web security threats, identifies new threats and blocks them in real-time with the help of the Comodo Security Information and Event Management (SIEM) team. As a hacking prevention tool, cWatch protects you against:

With cWatch you will be able to prevent an attack even before it could reach the network, thus helping you to save time and cost. This web security tool achieves this with the help of its key features that have been discussed below: