What is Denial of Service Attack in Hacking?

DoS Attack and Types—What is the denial of service attack in hacking?

A denial of service (DoS) is a type of attack where hackers try to avoid legit users from accessing a particular type of service. In a DoS attack, the hacker mostly sends some messages asking the server or network to authenticate the requests that contain false return addresses.

This process of server wait and authentication will begin again, which will keep the server or network busy. So in this article, we will talk about what is a denial of service attack in hacking and how it can happen in different ways and how to prevent it.

How does DoS Attack Works?

A DoS attack can happen in many ways. The main types of DoS attack include:

There is also some other variant of DoS known as smurf attack. It includes emails with automatic responses if someone sends thousands of email messages with a false return email address to several people in an organization that has activated autoresponder on their email facility, so the initial messages sent can become more and sent to the false email address. 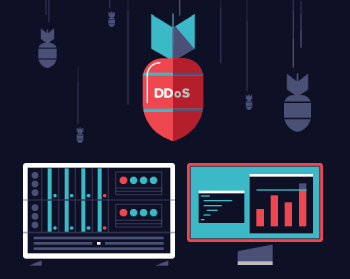 If a false email address belongs to some person, it can overwhelm that individual’s account.

There are several types of DoS attacks:

An attack in which the hacker comprises several zombies and continuously floods the target with different SYN packets. All the targets will be weighed down by these SYN packets, and they can go down, or the performance will be decreased drastically.

This type of attack fights back against the reassembling ability of the desired target. Several fragmented packets are delivered to the target, which makes it tough for the target to reassemble them all. Therefore, access is denied to legit clients.

In this attack, the hacker tears down and set up TCP connections and weighs down the stable tables, which causes a DoS attack.

The hacker can take full advantage of programming errors in the applications, which can cause a denial of service (DoS) attack. It can be achieved by sending several application requests to the desired target to exhaust the resources so that they are not available to any legit clients.

In this case, a programming error can buffer an overflow attack; if the memory allocated to a specific variable is small than the requested, then it can lead to the crashing of the entire application or memory leakage.

This type of attack is achieved by causing permanent damage to the hardware of the system by sending false updates to the hardware and making it completely unusable. The only solution to recover is by reinstalling the hardware.

How to Prevent DoS Attacks?

If you run an online business, then you might want to know more about DoS attack prevention.

The earlier you identify an attack, the quicker you can recover the damage. Below are some things that you can do to prevent DoS attacks.

Most of the companies use technology or anti-DoS services to protect their websites. It can help you to differentiate between DDoS attacks and legit spikes in network traffic.

Service providers use ‘black hole routing’ to divert the traffic into a null route, which is referred to as a black hole. It can help to prevent the network or targeted website from crashing.

Now that you are familiar with all the possible DDoS attacks, so you can use the steps mentioned above to protect your website from such types of attacks.

How to make wordpress secure from hackers?