DDoS Meaning - What is a Distributed Denial of Service Attack?

Distributed denial-of-service (DDoS) refers to a computer attack that uses a number of hosts to overpower a server, causing a website to crash. Hackers execute DDoS attacks to permanently or temporarily disable large-scale, popular sites. Often, this is carried out by attacking the targeted server with a high volume of information requests, which overloads the main system and inhibits it from working, which then prevents the website's legitimate users from accessing the site. 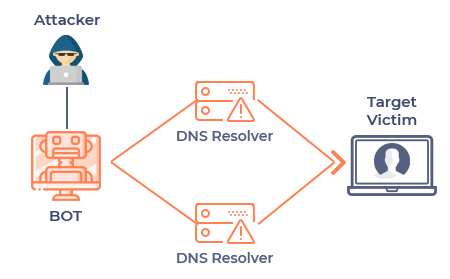 DDoS attacks can be designed to target any aspect of a business and its resources by:

Even though DDoS is less complicated than other forms of cyberattacks, this mode continues to grow stronger and more sophisticated. There are three basic categories of attack:

DDoS attackers are primarily motivated by:

DDoS attacks can lead to major business risks with lasting effects. It is important for IT and security managers and administrators, as well as business executives, to understand the vulnerabilities, threats, and risks associated with DDoS attacks.

The business impact of DDoS attacks can be reduced by adopting some key information security practices, including performing ongoing security assessments to look for and resolve denial of service-related vulnerabilities, as well as using network security controls such as services from cloud-based vendors who specialize in responding to DDoS attacks.

Comodo Cybersecurity developed cWatch as an all-in-one web security tool that is capable of preventing DDoS attacks. The cWatch Web Application Firewall eliminates application vulnerabilities and protects websites and web applications against advanced attacks including but not limited to DDoS, cross-site scripting and SQL injection.

How to Protect from DDos