A Web database refers to a database application designed to be managed and accessed via the Internet. Website operators manage this collection of data and present logical results based on the data in the Web database application. Databases have always been a benefit for businesses, permitting the collection of apparently infinite amounts of data from infinite amounts of customers.

Thinking like a hacker is the best way to make sure your database is secure. If you were a hacker, think of the kind of information you would look out for and how you would try to get that information. There are several types of databases and different techniques to hack them, but most hackers will either try to run a known database exploit or crack the database root password. 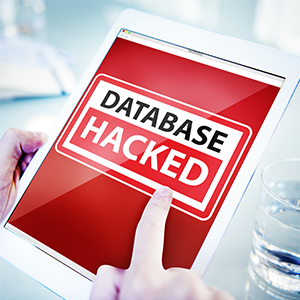 Let's take a look at some of the common hacking methods:

Database hacking is greatly favored by hackers because of its benefits. It is achieved by exploiting inherent vulnerabilities. Properly configuring database policies, firewalls, and following best practices for the roles and rules by the network administrators is essential for protecting corporate data from prying eyes. You will have to understand that the legacy method of protecting database servers at an operating system level is not sufficient in today's world and it thus requires design and deployment of intrusion detection and removal components in an extremely cautious manner.

The above-mentioned hacking techniques can be prevented by installing a good web security tool like Comodo cWatch Web. One notable feature provided by this tool and one that will help protect a web database is the Comodo Cyber Security Operations Center (CSOC).

Benefits offered by the Comodo CSOC include:

Comodo cWatch offers other web security features that include: