How to Change DNS on Mac?

The Domain Name System (DNS) is used by your Mac to access websites. The DNS is invisible to an extent that many don't even know it exists. All websites linked to the Internet is assigned with an IP address. Your PC will be able to load a website once you type the website's IP address into a web browser.

You may find it difficult to remember an IP address, and hence the DNs was developed to map easy to remember domain names like onto IP addresses containing only numbers. After typing a URL into web browser's address bar and clicking Enter, your PC will then contact a DNS server to identify the IP address linked with the domain name. DNS is considered to be a directory of all websites in the whole wide world. It is more like a huge giant phonebook containing the IP addresses for all of the websites available on the Internet.

Why Change Your DNS Servers?

How to change, add, and edit DNS server setting on Mac: 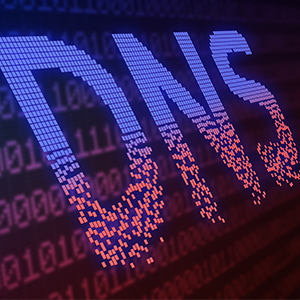 Initially, the topmost DNS servers will be accessed, and hence you may want to place the best performing servers near the top of the list in order to gain the best results.

Protect Your Mac from DNS Attacks

Security exploits are increasing these days and we find that they not only affect computers and other smart devices but also affect whole networks. DNS are considered to be a major security exploit when compared with several other security exploits executed by hackers to either damage network infrastructures or steal valuable information.

Some of the key DNS attacks include:

cWatch Web is a web security tool developed by Comodo, a cybersecurity company. This is a Managed Security Service (MSS) functioning in a Security-as-a-Service (SaaS) model. This software runs on Comodo's high capacity cloud in order host the detection/protection software at geographically placed servers distributed all over the world. cWatch offers its services via professional team working 24/7 to solve all your web security related issues.

cWatch is available with the following key features: