How to Fix DNS Problem?

The Domain Name System (DNS) is a distributed directory capable of resolving human-readable hostnames, such as www.dyn.com, into machine-readable IP addresses like 50.16.85.103. It is also a directory of crucial information about domain names, such as email servers (MX records) and sending verification (DKIM, SPF, DMARC), and SSH fingerprints (SSHFP), and TXT record verification of domain ownership.

DNS is thus like a phone book for the internet. If you know a person’s name but not aware of their telephone number, you can just look it up in a phone book. This same service is provided by DNS to the internet. If you ping a site and it is live, but you cannot connect to it with your browser, you could be experiencing a DNS problem. Employ the following measures if you suspect you are experiencing a DNS problem:

Why is DNS Security Important?

Standard DNS queries, which are essential for almost all web traffic, make opportunities for DNS exploits such as man-in-the-middle attacks and DNS hijacking. These attacks are capable of redirecting a website’s inbound traffic to a fake copy of the website, gathering sensitive user information and exposing businesses to major liability.

Some common attacks involving DNS include: 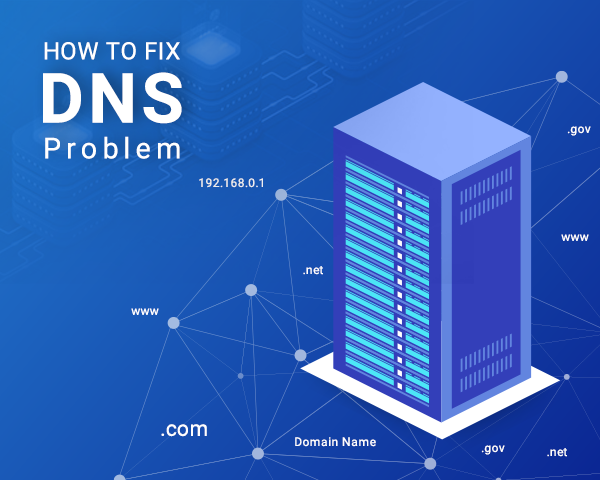 Why cWatch Web is the Best Way to Protect Against DNS-Based Attacks?

cWatch Web is a Managed Security Service (MSS) developed by Comodo in order to provide website users with excellent web security services. Comodo’s centrally managed Security Information and Event Management (SIEM) system is hosted inside both the Content Delivery Network (CDN) and the Authoritative DNS in order to observe traffic and provide comprehensive visibility. The SIEM has the potential to deliver early detection of threats and breaches, compliance reporting, log management, and rapid incident response times. This is implemented with threat intelligence data from Comodo's 85 million global endpoints and over 100 million validated domains to detect risks even before they occur. The SIEM is thus treated to be the brain of the cWatch web security stack as it also sends alerts to the Cyber Security Operation Center (CSOC) team to detect and mitigate threats for a customer even before they can occur and helping them to respond faster to attacks.

Comodo cWatch Web is thus the only solution available that offers a complete web security stack that includes more than just a managed CDN and DNS. This web security tool includes the following features in one whole solution: